The La Parrilla Silver Mine is 100% owned by First Majestic Silver Corp and is comprised of mining concessions that total 69,478 hectares. The property has known mineralization throughout, with a complex of five underground mines surrounding the mill including Los Rosarios, La Rosa, San Jose, Quebradillas and San Marcos.

The property began operations in October 2004 at a rate of 180 tpd. It recently underwent a fifth major development project that further expanded the mill to 2,000 tpd (from the previous 850 tpd). The expansion was deemed commercially effective on March 1, 2012 and the new parallel 1,000 tpd flotation and 1,000 tpd cyanidation circuits became fully operational.

In September 2019, the Company temporarily suspended milling operations at the La Parrilla mine.  The Company continues to operate a Central Laboratory and a Research & Innovation Centre at La Parrilla.

The La Parrilla Silver Mine is conveniently located 65 km southeast of Durango in the western part of the Mexican Altiplano at 23 degrees 44'16" north latitude and 104 degrees 06'26" west longitude. Nearby towns include San Jose de La Parrilla, 1.5 km to the north of the property, and the larger Vicente Guerrero, which is 16 km to the southeast. Strong infrastructure also exists in the area as the mine is in close proximity (4 km) to the main highway linking Durango and Zacatecas. 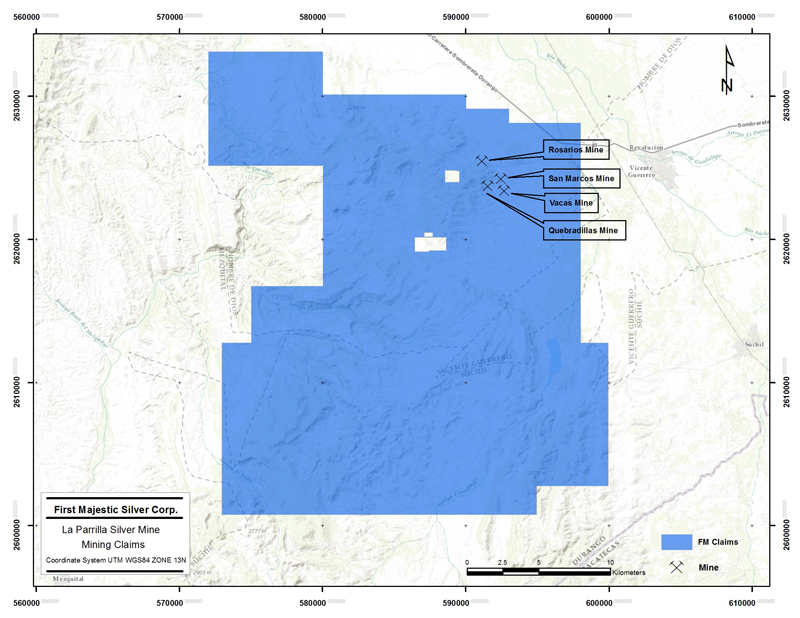 Production at the La Parrilla Silver Mine consists of three separate products: silver doré bars and lead concentrate, which can also contain silver and zinc concentrate.

As a continuation of the expansion program at La Parrilla, an intensive underground development program is also under construction. This includes a new ramp system and a new production shaft.

We have now completed 2,249 metres in length of the underground development towards the underground rail haulage and rail system. We anticipate to achieve a 5,000 metre tunnel, but due to budget cuts it is now going to be completed by end of 2016.

Upon completion, all underground mining areas will be connected and ore haulage will be done via underground trains that will tram the ore from the ore passes to the new shaft. This investment is expected to dramatically improve efficiencies and mine logistics and reduce cash costs.

Among the several large vein systems located within the La Parrilla property boundaries, the Company has historically focused its exploration efforts on the Quebradillas, Vacas, San Marcos, La Blanca mines and the Cerro Santiago, Viboras, San Nicolás and Sacramento areas.

The region surrounding Durango and Zacatecas is known for its world-class silver deposits, hence its designation as the 'Mexico Silver Belt'; however, large tonnages of lead, zinc, copper and gold have also been mined in the region. 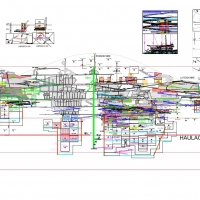 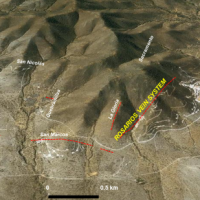 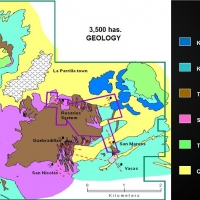 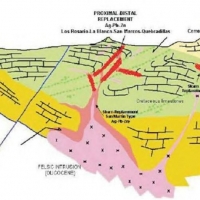 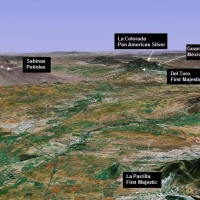 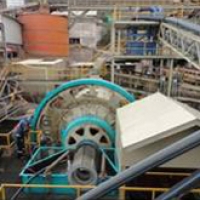 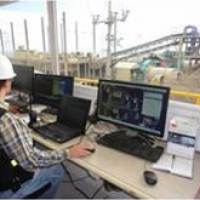 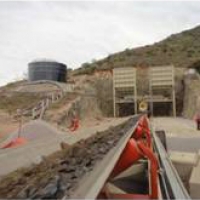